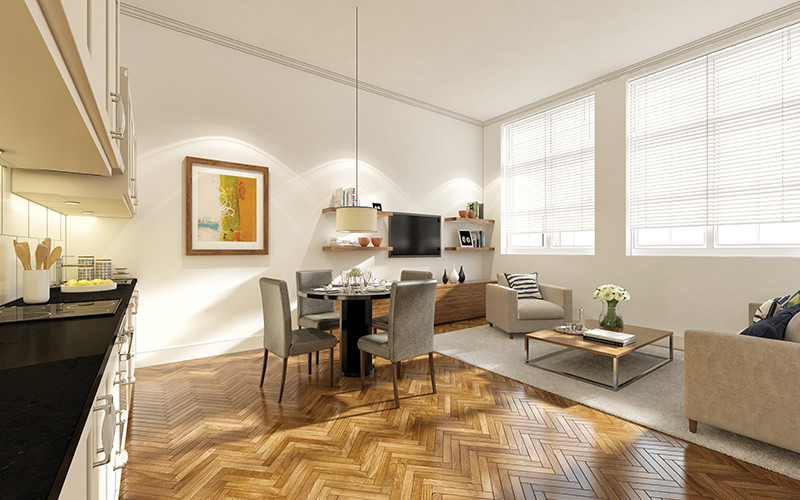 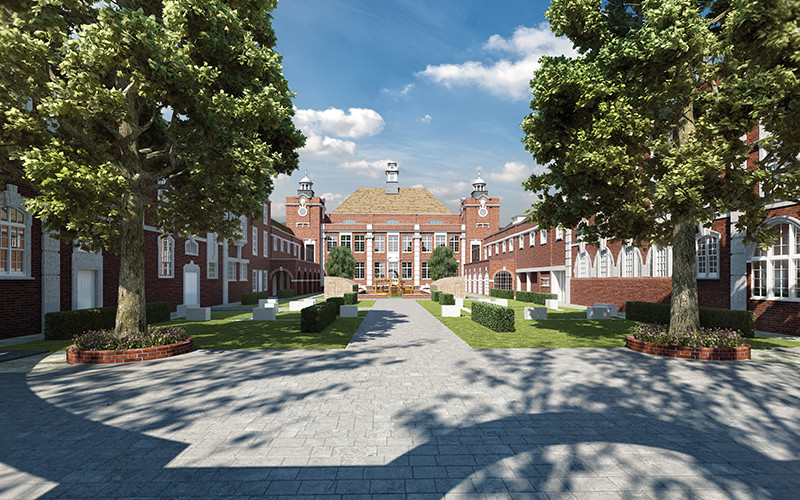 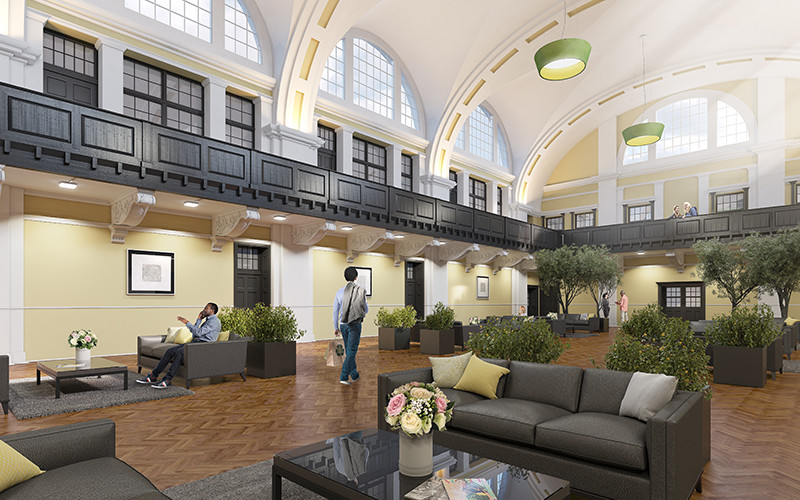 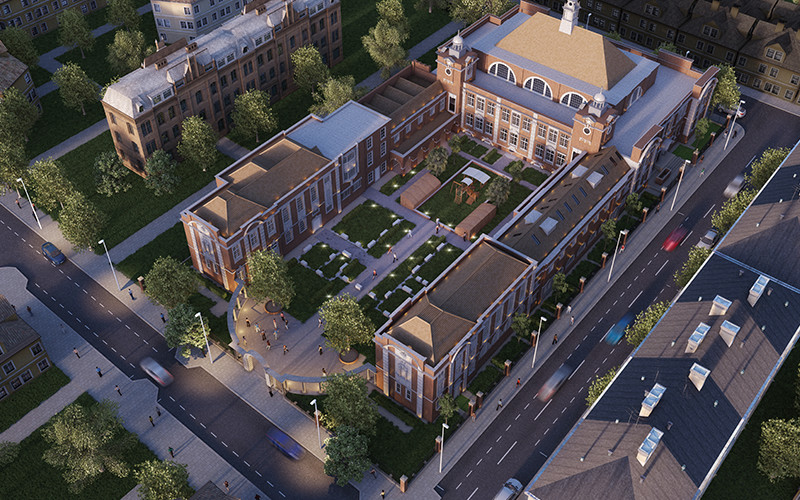 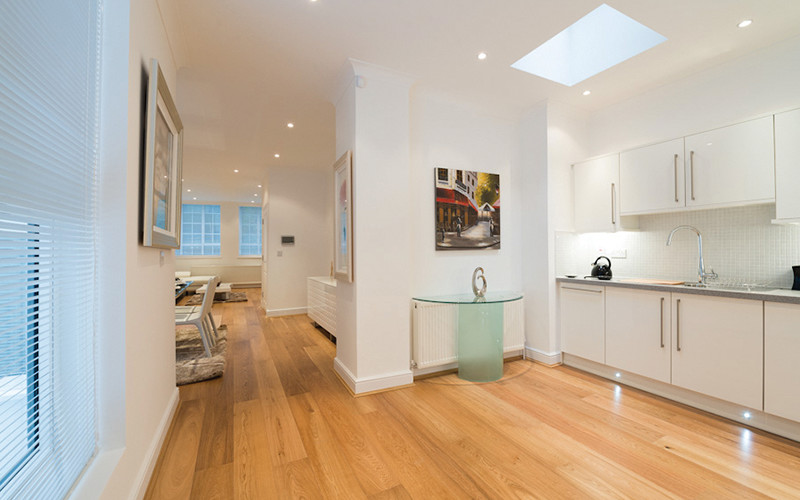 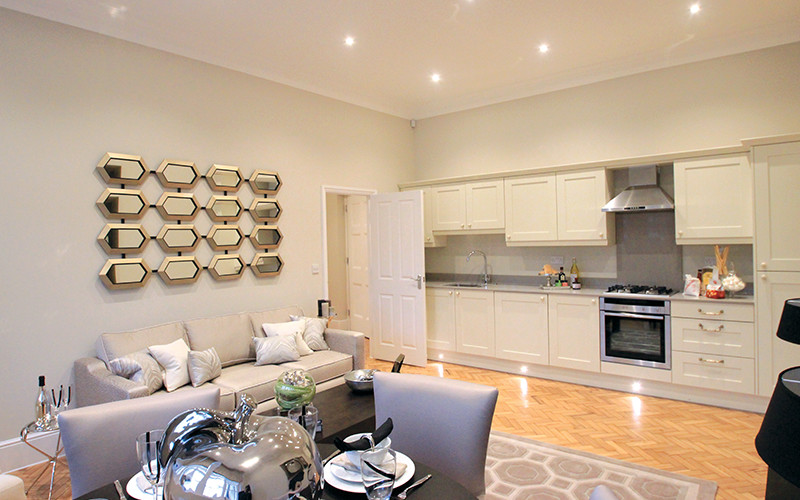 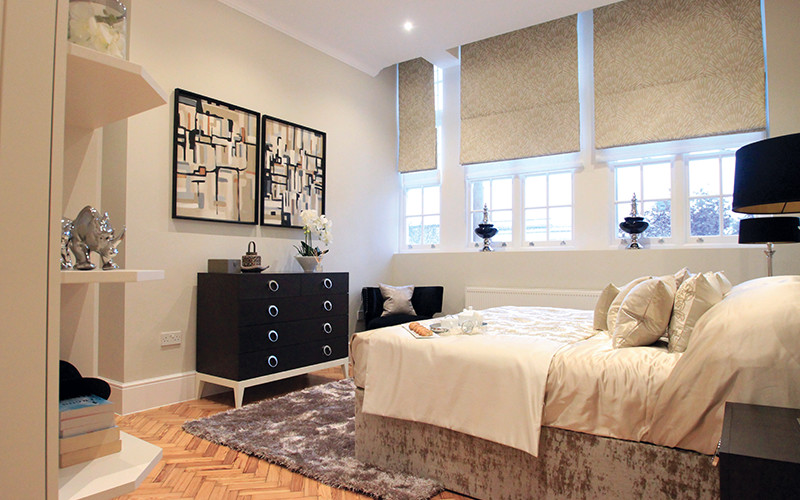 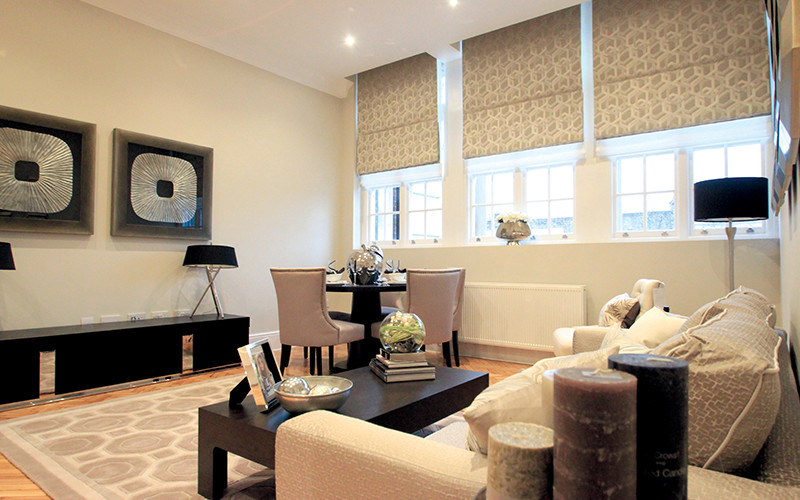 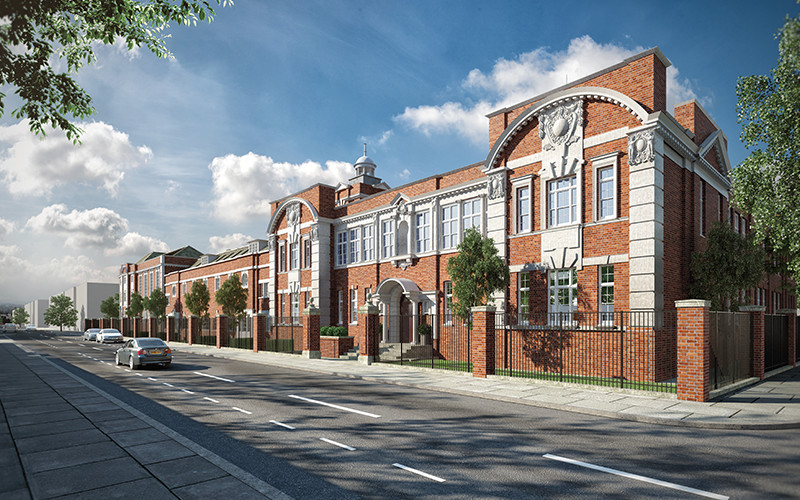 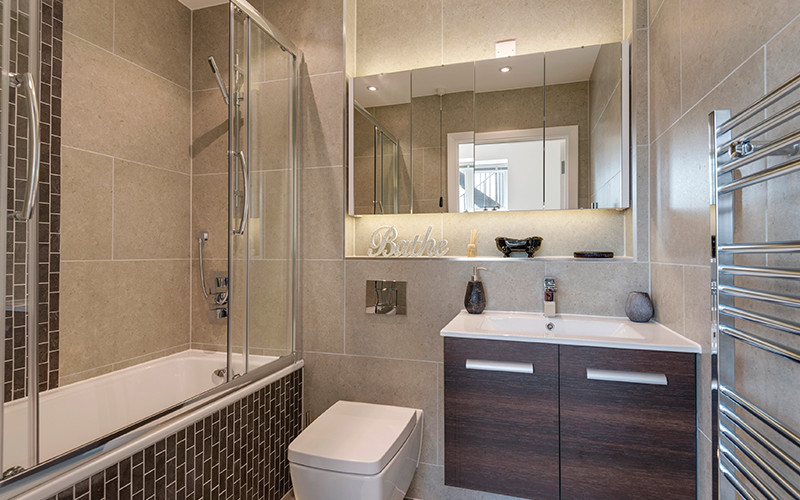 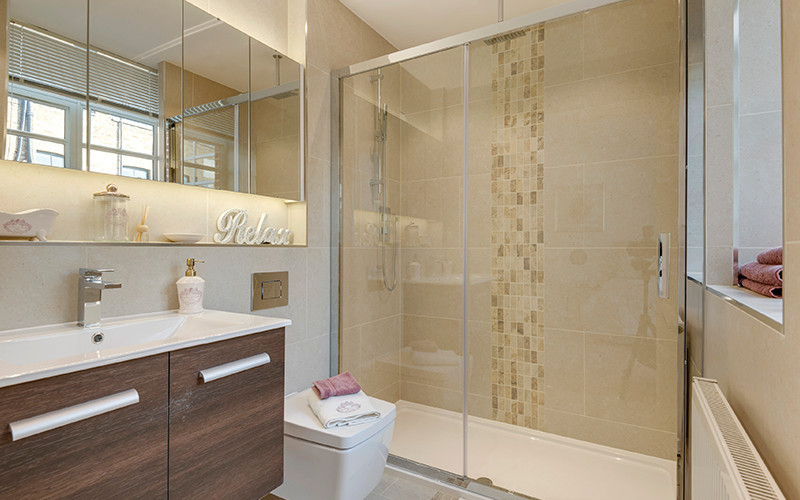 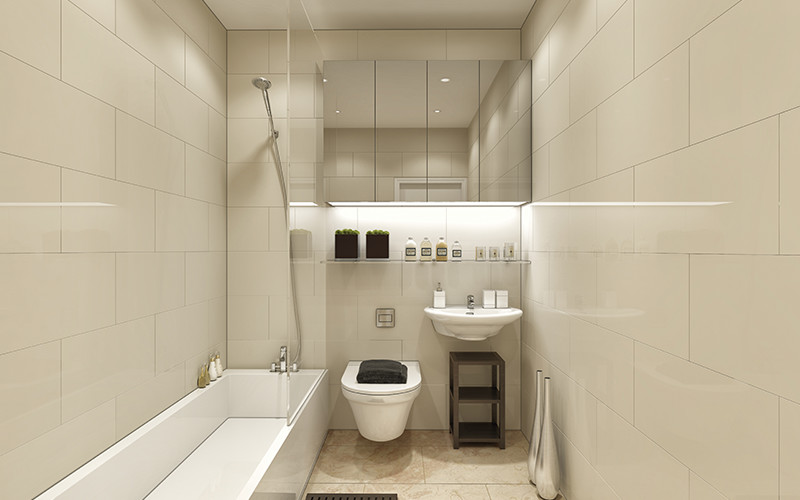 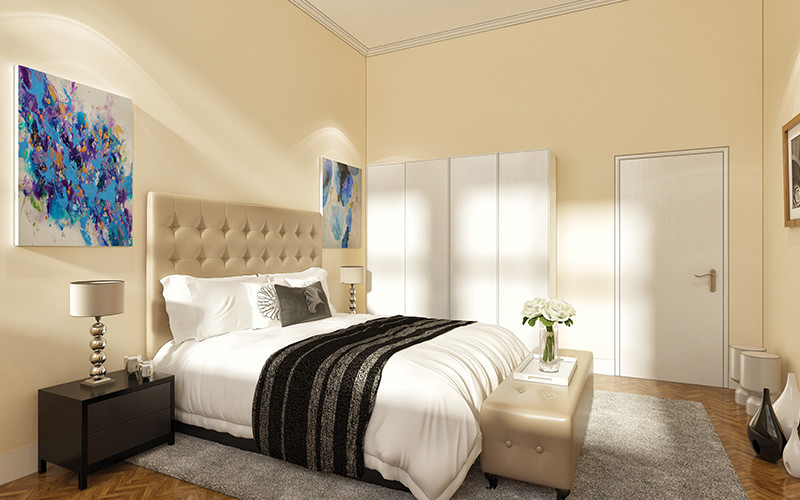 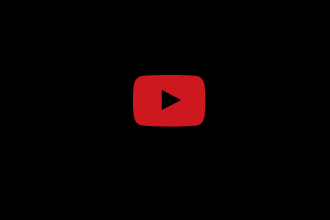 Tutelage Court is a striking new development in London’s Mile End offering one, two, three and four-bedroom apartment homes. The Grade II listed site, dates back to the 19th century, home to a series of remarkable schools over the last 175 years including the prestigious Coopers’ Company and Coborn School, one of the city’s oldest.

The development is comprised of four main buildings around a formal courtyard designed in the style of a parterre garden. Each wing displays its own historical character. There are many features of note including Doric porches, Ionic columns, a colonnade, cupolas and classical stucco adornments as well as some attractive 1930s Art Deco additions.

Former classrooms now house luxurious apartments, with beautifully restored feature windows and where possible, original parquet floors. Larger spaces such as the gymnasium
and the dining hall has been subdivided to make three and four bedroom homes – even the old tuck shop adds character as a modern-day living space in this exceptionally unique development.

Would you like to get in touch with us?

If you have an enquiry just ﬁll in the form below and we'll get back to you within 3-5 working days.